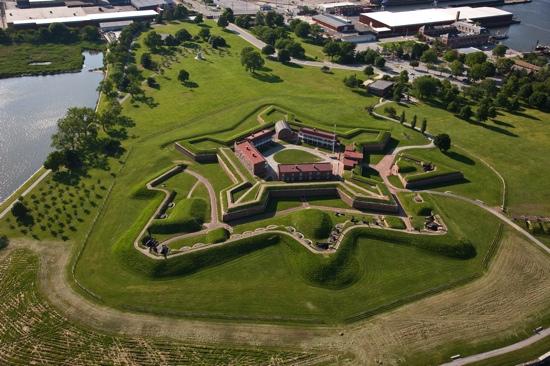 Fort McHenry National Monument is a historical American coastal star-shaped fort famous for its role in the War of 1812, when it won Baltimore Harbor from an attack by the British navy from the Chesapeake Bay September 13–14, 1814. First construction in 1798 and in use continuously by U.S. armed forces through World War I and by the Coast Guard in World War II.

The park is three miles southeast of the Baltimore Inner Harbor and just off I-95. Follow the brown Fort McHenry directional signs along all major routes to the park. From I-95 northbound, take Exit 55 Key Highway and follow Fort McHenry signs. From I-95 southbound, as you approach the Fort McHenry Tunnel, move to the toll booths on the far right. Furthermore, you will be exiting immediately after emerging from the tunnel. Finally, take Exit 55 Key Highway and follow the Fort McHenry signs USING LAWRENCE STREET AND NOT WOODALL.